One of the most famous rivalry football games in American college football calls for, well… the world’s largest cocktail party, also known as the Florida Georgia Tailgate. More people attend the tailgate than the stadium has seats for. This is rivalry game played annually by the University of Georgia Bulldogs and the University of Florida Gators. The game has been played every season since 1926 and was first played in 1915; the only time it was interrupted was in 1943 due to World War II. This is one of the most prominent rivalry games in college football history and is held in Jacksonville between Southeastern Conference opponents. The game is world famous because it attracts huge crowds to Jacksonville, and the associated tailgating and other events earning it the nickname of the…

Even if you live on another planet or hate college football to the max, you will have heard or come in contact with some aspects of this game. This is the game of the year, maybe even the decade, hands down. Reports estimate that people that show up to the event just to party are more than 150,000. Many attendees party at the parking lot during the game as they never make it into the stadium. In the whole of downtown Jacksonville, this annual game is one of the busiest annual events, and it attracts huge crowds that congregate around the stadium. As stated earlier the nickname “the World’s Largest Outdoor Cocktail Party” was first coined in the 1950s by Bill Kastelz who is a sports editor for The Florida Times-Union. Kastelz said in his word that this nickname came to his head when he saw a drunken fan offer an alcoholic beverage to an on-duty police officer.

However, following a series of tailgating cooler filled alcohol-fueled outbursts in 1988, the city dropped the nickname from most official usage. One of the most unforgettable moments of this game is In 1984when Florida conceded 27 to nothing and the fans stormed the field and tore down the goal posts; the following year, over 65 arrests after a 24–3 Georgia win led Bulldogs fans to do the same. The tailgate has never failed to disappoint even despite this game’s intense rivalry and rich history. CRAZY is the only word to describe this game. This event is so large that you can go from tent to tent with ease and without having to pay for an Uber. The game unites all Florida fans even with the facts that are in a different city. No matter who has the most expensive ticket, or the fraternity/sorority you are in, or your age, everyone is there to party in the never-ending parking lot and cheer on their team. Year over year tough competition in a great football league has allowed the cream to rise to the top at both programs. Whoever wins this game will be in the driver seat for many season accolades. These circumstances always seem to add extra spice to an already heated rivalry. Having something on the line every year when you play sets this game apart from a lopsided USC or boring Ohio State game. 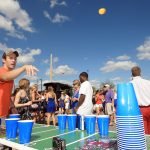 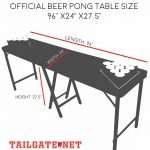 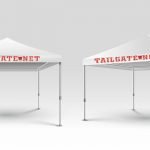 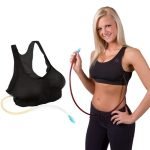